Episode 23 (originally aired on May 28, 2004) is all about netlabels. In this second hour, you can hear a mix of electronic music from Hippocamp. You can also listen to hour one (music from Monotonik) and hour three (music from Kahvi Collective).

On the history of the show: EQ was created by seven students of the University of Münster, who shared an interest in electronic music (Jan Falk, Lars Moston, Dennis Imhäuser, Gunar Peters, Henning Brinkmann, Jonas Kückelmann). A common interpretation of the title is simply "Electronic music on Radio Q" since a good many of the shows on Radio Q used to have the "Q" in their name. Most of the episodes were hosted by Jonas Kückelmann, some of the later ones by Henning Brinkmann. Daniel Fiene co-hosted the first night which happened to coincide with the 5th birthday of Radio Q. EQ made an attempt to present music from almost any electronic music genre and brought new (and older) tracks, background information, interviews and live recordings to Radio Q listeners. In its first episodes all jingles were based on the Aphex Twin track "Pacman". For later shows, electronic music artist "Jean-Michel" created new jingles (you can hear them in this episode). 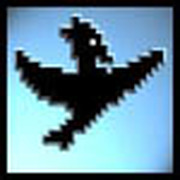